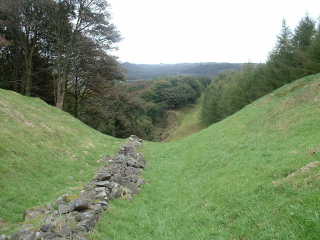 Antonine Wall is the north western defensive frontier of the Roman empire, built following AD 140. The 60km long structure is a UNESCO World Heritage Site. The turf built rampart and ditch structure itself survives as an upstanding monument across much of its length, but the site also includes buried forts, fortlets, marching camps and roadways, most unexcavated.