Roman town founded in 241 BC at the ancient Via Amerina, on a flat area overlooking a deep gorge. The entire city walls is conserved. Within the urban area, today totally buried, is placed the twelfth-century Cistercian Church of St. Mary of Falleri. In the territory south of the town, several Roman rural Villas and many paved stretches of the Via Amerina, with tombs on the sides.

Antonine Wall is the north western defensive frontier of the Roman empire, built following AD 140. The 60km long structure is a UNESCO World Heritage Site. The turf built rampart and ditch structure itself survives as an upstanding monument across much of its length, but the site also includes buried forts, fortlets, marching camps and roadways, most unexcavated.

Greek-Roman town founded at the end of 4th Century BC, situated on a small promontory on the southwest coast of the Cyprus island. A large area of the archaeological park is still not excavated with many buried structures. UNESCO World Heritage Monument. 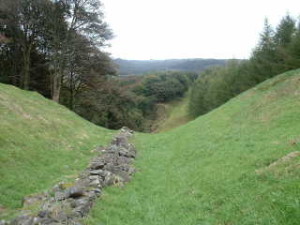