Nea Paphos, which is the currently inhabited area, is built on a small cape at the southwest coast of the island and possesses a harbour. The Ancient Site is located at the latitude and longitude coordinates of 34.75833 and 32.40833 and lays about 12 km northwest of the ancient capital of the island called Palaepaphos. The average terrain elevation of the Nea Paphos case study is approximately 13 metres above the sea level. The landscape in Paphos varies from the coastal plain, the hilly area extending from the coastal plain up to the igneous rocks of Paphos forest and finally to the mountainous region of Troodos Mountain to the north. Figure 2 illustrates a topographic overview of the archaeological site. High resolution orthophoto image has permitted the extraction of the graphic elevation elaboration (left) and contours lines (right) of this area. 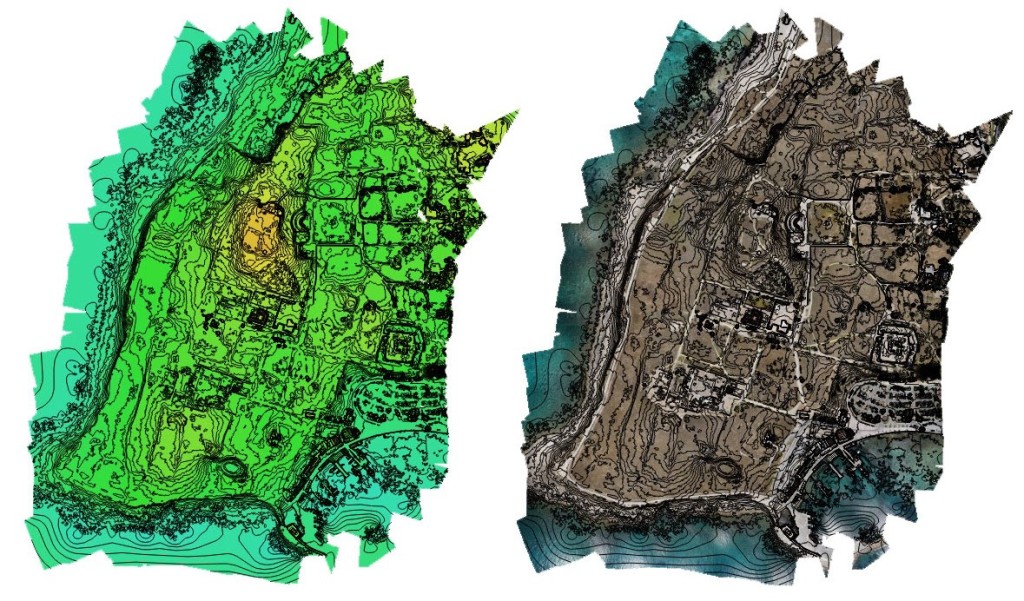